Skip to content
Tweet
LOGIN View Cart Checkout
News Categories
Marli Renfro signed selection of movie stills from Alfred Hitchcock's Psycho for us recently in Los Angeles. Her story is fascinating.
Marli Renfro, a former Playboy Centrefold and exotic dancer, was hired as the body double for the actress Janet Leigh in Alfred Hitchcock's 1960 film Psycho. She was reportedly paid $500. The shower scene in Psycho is considered one of the most famous scenes in cinema history. It features more than 50 camera cuts in three minutes and took six days to film.
Although nudity is implied in the rapid cuts, none is seen. Hitchcock and Leigh initially maintained that only Leigh appeared in the shower. Only later did Hitchcock acknowledge that when Leigh's face is seen it is her, otherwise it is Renfro.
During the filming of Psycho, Janet Leigh also had a stand-in to check lighting.Her name was Myra Davis, also known as Myra Jones. In 1988 Davis was raped and murdered by her neighbor and handyman Kenneth Dean Hunt.Possibly due to fascination with the shower scene, sections of the media confused Davis's role and published that she had been Leigh's body double.The BBC went further and not only asserted that Davis was Leigh's body double, but also that Davis was the voice of Norman Bates' mother. They were mistaken on both counts. "Mother" had been voiced by Virginia Gregg and Jeanette Nolan. In his 2002 book Body Double, author Don Lasseter compounded the confusion and wrote that Davis and Renfro were the same person, meaning that Renfro was dead.
Author Robert Graysmith, who had a lifelong fascination with Renfro, noted a comment by Davis's granddaughter that Davis would never have done nude work. He set out to find Renfro and discovered that she was living in California. He subsequently wrote a book, The Girl in Alfred Hitchcock's Shower (2010), about Renfro's role in Psycho and the confusion over Davis's death 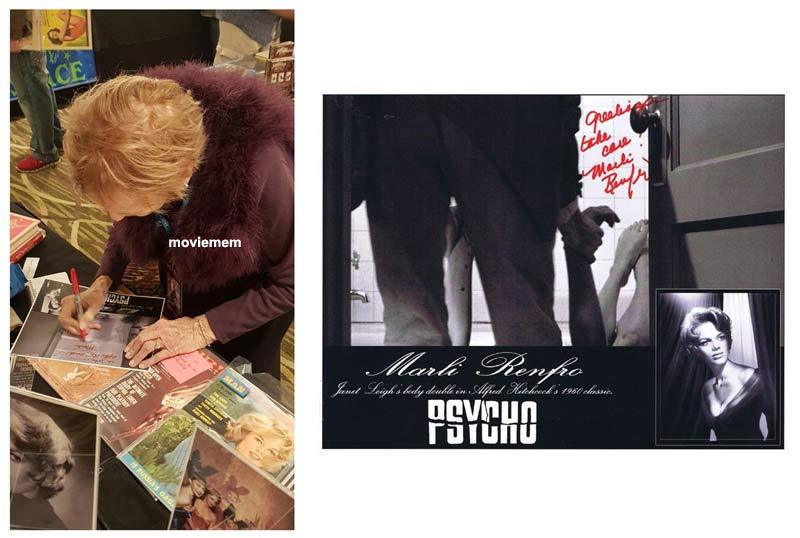