BUTCH PATRICK autographed a rare daybill for the Chuck Jones film The Phantom Tollbooth in Los Angeles on Feb 1st 2020. Of course, Butch is best known for his role in the classic TV Series, The Munsters but he appeared in many other TV shows indluding The Real McCoys, Bonanza and Mr Ed before his most famous role as Eddie Munster.

The best forms of authenticity for autographs are a photo of the celebrity signing the poster and the date it was signed and we include a photo wherever possible. That beats Certificates! Although Ed Asner is 91, he is still working and has a number of films in Post Production for release in the near future. 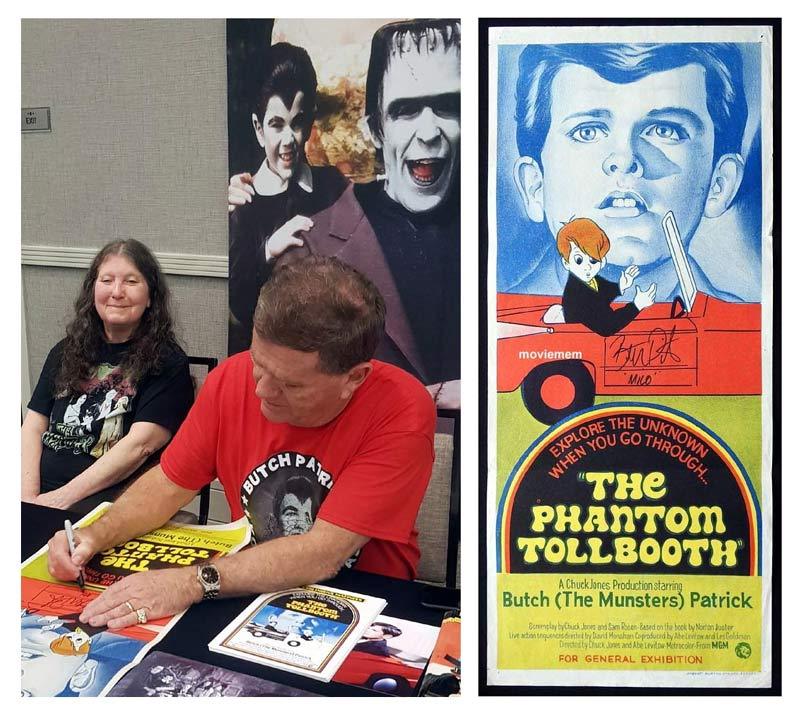