The New Zealand censors are well known for their penchant for mutilating movie posters with weird censorship. The daybill for Goldfinger is an example where large parts of the poster were blacked out to protect the kiwis from seeing images that to most observers looked completely innocuous. Another example is in the daybill for Marnie where the word "Sex" was blacked out – far too shocking a word for New Zealanders to cope with.

Another good example is in the daybill for Dr Strangelove. For some reason, the NZ censors felt that the female arm that was draped across the male figure on the lower right of the poster needed to be blacked out to protect the public. So, the person who was employed to add a censor stamp to each poster, also had to painstakingly black out the offending female arm on each and every daybill so the theatregoers would be safe from the shocking image.

Have a look at the two images below. Australian Daybill for Ausralian audiences uncensored on the left. The same daybill printed without censorship for use in NZ with the female arm blacked out completely. I can just see the censors holding a meeting to discuss how the poster might offend people and all agreeing that it would have to be heavily censored before being launched on the public. 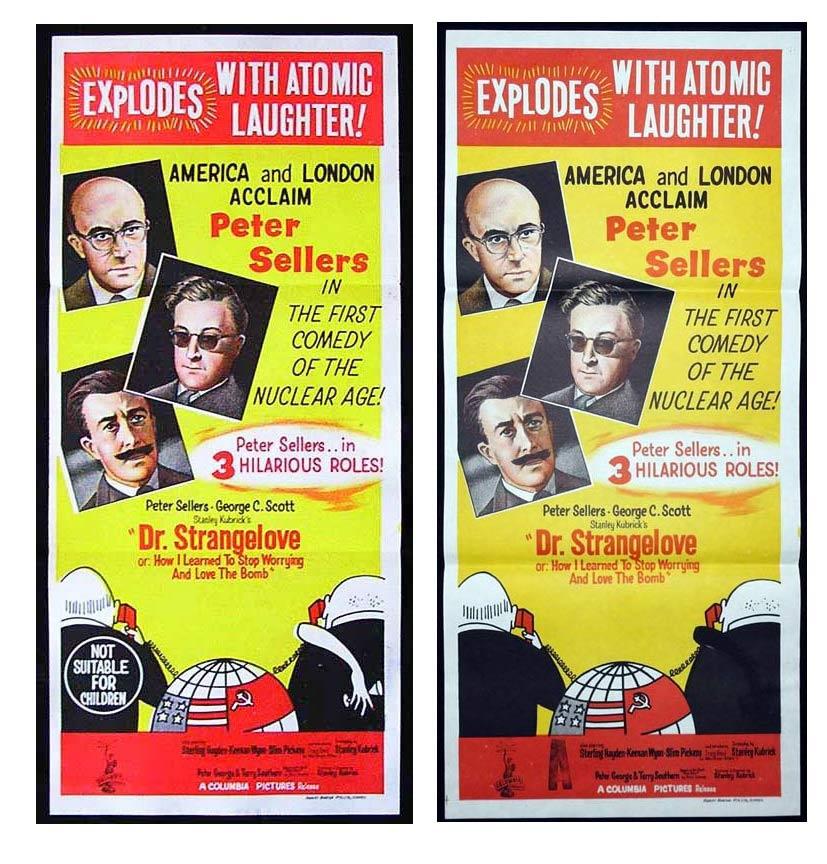