The classic serials from the 1930s to the 50s are fast becoming a forgotten chapter of the cinema history. Serials were screened before the main feature and they filled an important role in providing a hook for patrons to keep coming back every week to see what whether the hero had survived the cliffhanger ending in the previous episode.

The serials were low budget with lesser known actors shown in episodes in the cinemas. The plots were generally outlandish and the hero was usually left in dire straits at the end of each episode only to miraculously escape at the beginning of the next thrilling instalment. There were plenty of gunshots, fisticuffs, damsells in distress and mysterious villains. Patrons looked forward to catching up with the weekly updates leading to the exciting conclusions.

The Spider's Web was released in 1938 and is generally regarded as one of Columbia's finest serials with all of the ingredients to thrill the public. There are some wonderfully hammy lines from the hero like "Danger is a brave man's first love" and many more. The serial was so popular that it was re released in the 1950s.

Original Australian posters are exceptionally rare but the release date indicates that the original must have been a long daybill measuring approximately 15" x 40". Only two copies of the original daybill are known to exist and the magnificent image certainly does justice to the serial. A later 1950s release daybill printed by W.E.Smith is also very rare and features a similar image of the Spider.

The original long daybill is pictured on the right ….. 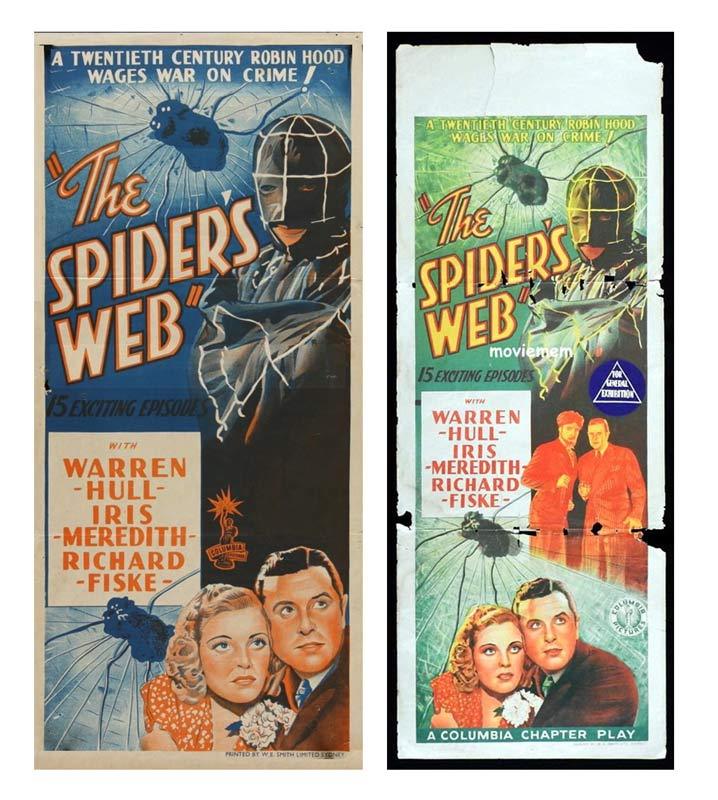