The Outlaw's original release in Australia was delayed until 1947. A full colour daybill was printed for the film (pictured on the left). When the film was re released in 1952 a stunning RKO daybill was printed with the famous tagline "Mean, Moody and Magnificent" with a sexy Jane Russell holding a gun.

This is one of the rare occasions where the reissue daybill is probably more valuable than the original despite the fact that multiple copies of the daybill were found in Queensland in the late 1990s. The reissue daybill still consistenlty achieves high prices despite the quanityt that have been found. In fact the earlier release is much more difficult to obtain and is a very impressive poster in its own right. 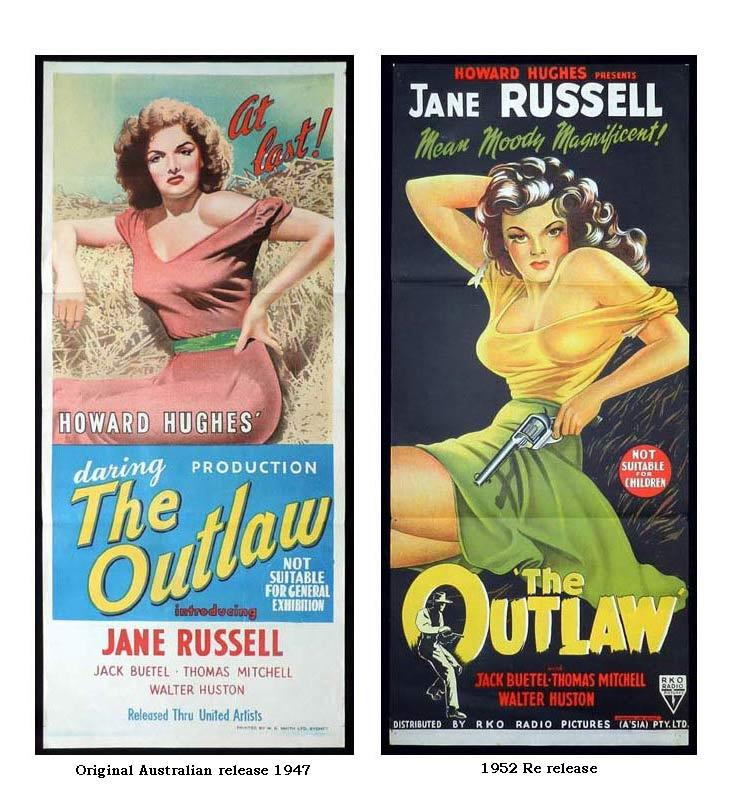