A hand litho daybill for Edge of the City (pictured to the left) has turned up fairly regularly on ebay.There are some obvious clues to prove that the Edge of the City daybill is actually a late 1960s re release with Sidney Poitier given top billing. Note the reference to In the Heat of the Night, Guess Who's Coming to Dinner and The Dirty Dozen. This very clearly indicates that the poster must have been printed after 1967. 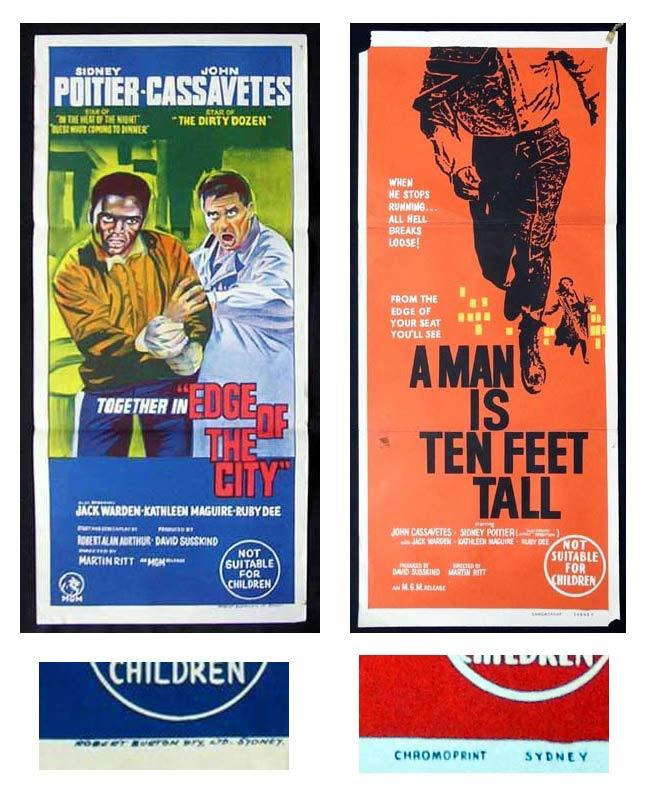