JOHN REID VINTAGE MOVIE MEMORABILIA Newsletter June/July 2007
Christies Auction in London
I have always enjoyed attending the Christies Auctions at South Kensington in London. Christies has been a strong supporter of Movie Posters and have generally held at least two auctions per year for many years. Their auctions have not been without some occasional controversy and a degree of criticism for a number of issues including condition descriptions, shipping charges etc but they have consistently promoted Film and Entertainment Memorabilia and I hope that they continue successfully with their auctions. 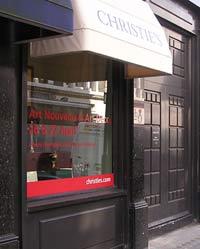