Creature from the Black Lagoon is one of the most sought after Sci Fi Australian Daybills. It is also a wonderful example of how the New Zealand censors mutilated many movie posters that were used in their country. New Zealand rarely printed their own posters and imported a variety of posters from Britain, US and Australia so they would routinely black out censor details or distribution details and add their own. Occasionally they would censor something that they deemed might be offensive eg the word “Sex” was blacked out from all Marnie daybills.

In the case of Creature from the Black Lagoon, original Australian daybills were used but heavily overpainted with the distributor and Australian censor details blacked out and the NZ “GY” rating added along with a reference to the 3D screening which was painted on to the poster. The end result is not too bad as nothing significant from the artwork was lost. The overpainting was all done individually and must have been quite a painstaking task considering that a large number of posters would have to be changed.

Obviously, the original untouched Australian daybill is more valuable than the censored version although top restorers can linen back and remove and replace the Australian censor and distribution details. 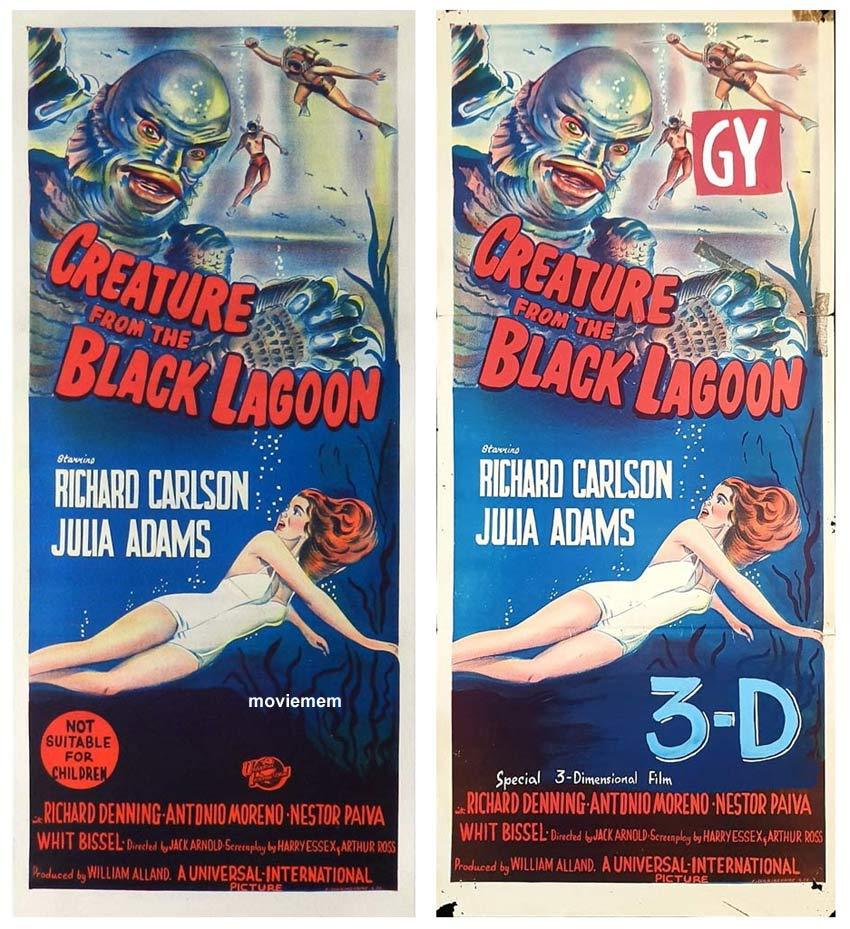