For many years, Australian Movie Posters were produced as hand lithos, carefully drawn by artists with crayons on to plates which were then printed as daybills, one sheets or three sheets. The artists would copy artwork from Press Books or US movie posters and it was inevitable that the occasional error would slip through the net. Sometimes posters with errors would be withdrawn and reprinted and there are also examples of posters having snipes or being overprinted to correct the errors.

When you consider the huge number of films released over the years and corresponding movie posters, errors were few and far between.

Ronald Reagan had a moderately successful career as an actor before moving on to become one of the most popular American Presidents.

There is an error in his surname on two Australian daybills where his name was spelled as Regan instead of Reagan. It appears that the errors were never corrected. It seems almost like sacrilege now that such a glaring error could have been made. 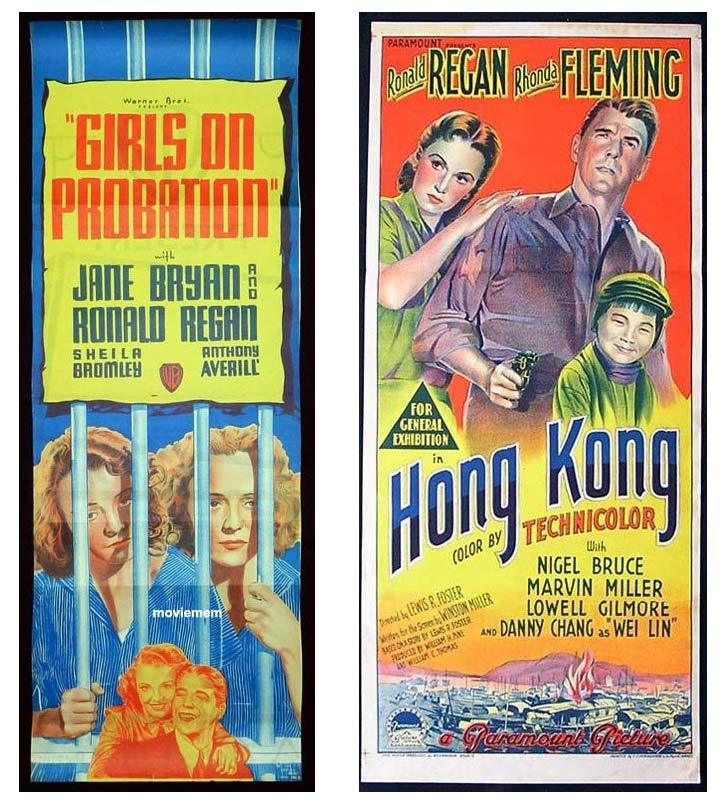