Candy Clark autographed daybill movie posters for The Blob and More American Graffiti for us in Los Angeles on Oct 19th 2018. Candy is probably best known for her roles in American Graffiti (1973), The Man Who Fell to Earth (1976) and Buffy the Vampire Slayer (1992) but she has appeared in a wide range of movies ranging from Comedy to Horror. She recently co starred in the Bollywood movie 5 Weddings. Candy is looking fantastic and it was a pleasure to meet her. 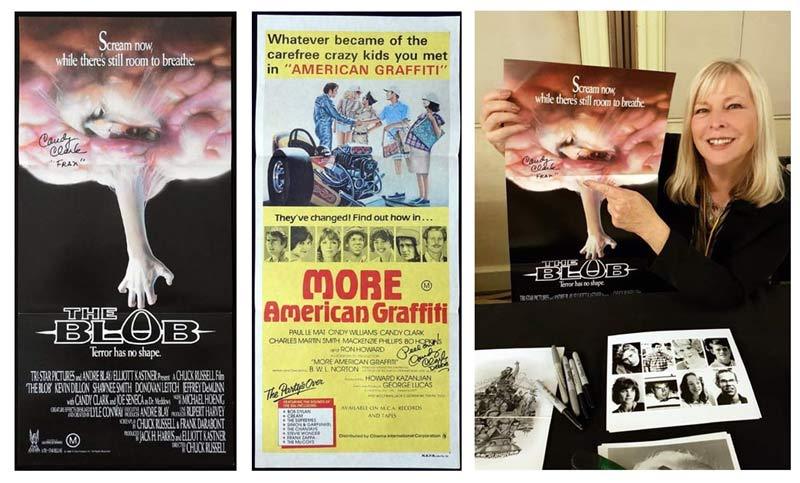