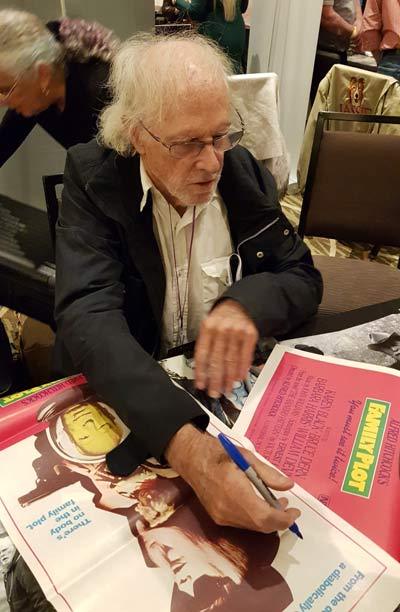 Bruce Dern signed some Australian daybills for us at the Hollywood Show which was held on 10th Feb 2018. Bruce has appeared in many films over the years including two Alfred Hitchcock movies, a small appearance in Marnie and a starring role in Family Plot (1976).

Although some actors sign a lot of material, they mainly sign 8 x 10 photos and they often say that they have never seen daybills before. We have a small selection of unique signed daybills on the site in the Autograph category