Australian Press Books dating back to pre 1930s are incredibly scarce and we have been very pleased to discover a small collection of Press Books from the 1920s that I doubt has ever been seen before.

Collectors love to speculate on the print runs of various posters. They often have a vested interest in trying to push up the value of posters in their collection by saying that the print run for a particular film was miniscule. However, the fact is that no amount of guesswork is proof unless you have the evidence to support your theories. Press Books are a help although they don’t specify the actual print run in terms of numbers.

Not only do the Press Books from the 20s that we have found show the images of the posters that were printed but they also show the prices that cinemas were charged by the Distributor. US posters and Lobby cards were available to Australian cinemas along with Daybills, One Sheets, Three Sheets, Six Sheets and even 24 sheets. Australian Daybills were sold in lots of 100 for 25 shillings. A one sheet cost 1 shilling and sixpence. This would indicate that the print runs for Daybills must have been significant bearing in mind that there were a large number of cinemas at the time.

Despite the print runs few posters from that era have survived and when they do turn up, they are often found badly damaged under floor coverings. Australian 24 sheets from the 1920s are virtually non existant now.

Pictured below are images from the Press Book for Zane Grey’s Mysterious Rider (1927). We will add more images in the weeks ahead. 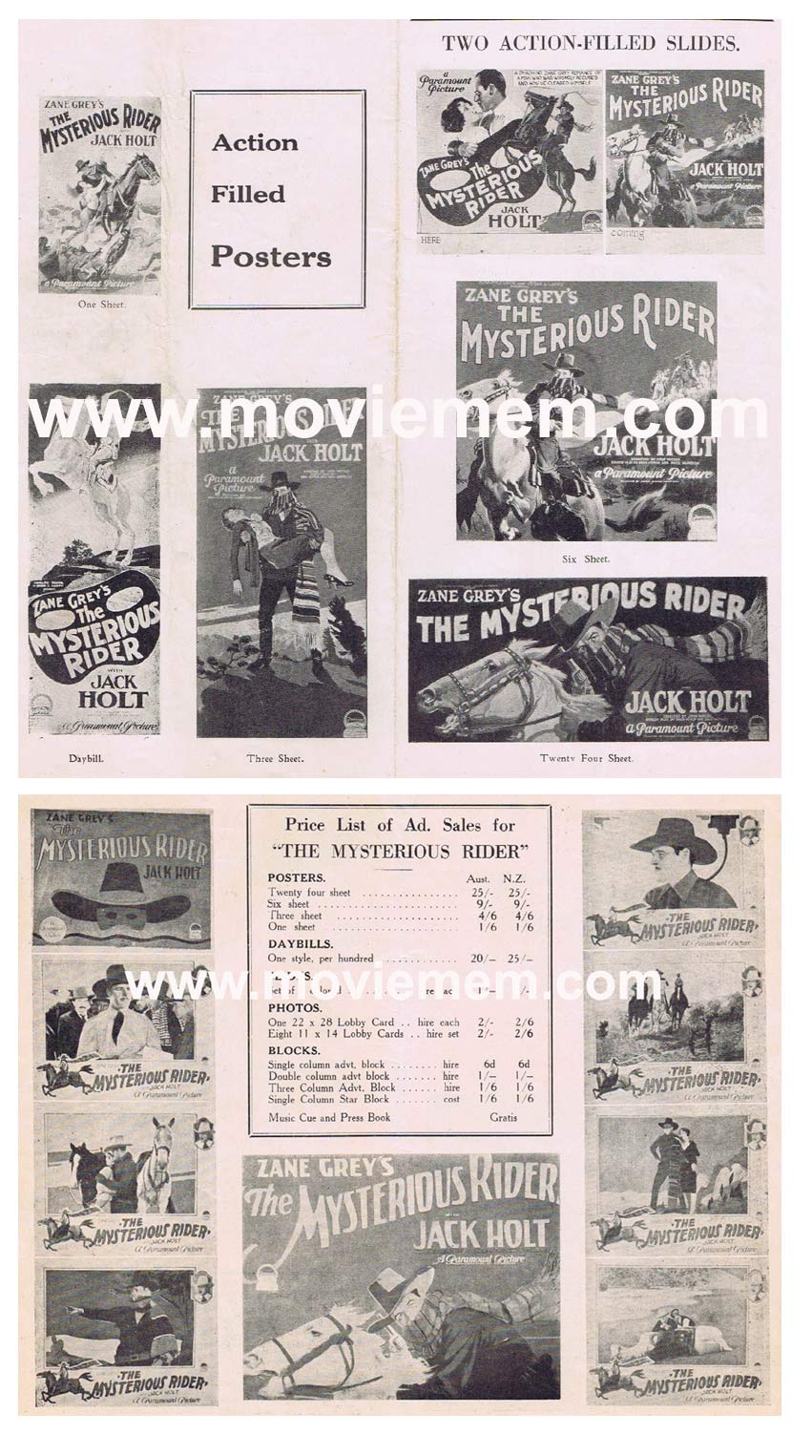