MR.N. BERNARD   FREEMAN,  Australasian head of Metro- Goldwyn   organisation, has added  Fred Powis (well known  Sydney artist)  and Ray Lawson (late of Paramount  publicity department), to the nucleus of his head office staff. Both will be on the publicity force together with Will Kirkup, till recently publicity manager for Lyceum and Lyric Wintergarden.

Mr. Powis, who has had practical experience in many departments of art work in Europe, U.S.A.and Australia, brings a strong and forceful technique to bear on his advertising designs. He believes  in  “punch before prettiness,”  and successfully attains his object. Many will remember his crisp and striking art work for Paramount.

After a period of more than two years in their publicity department, he left that organisation in order to test his luck in America. Selecting Los Angeles as his temporary home, he achieved no small measure of success being connected with Mayer’s Art Service, where he executed many motion picture advertisement designs, amongst them being several for Warner Brothers.

Later he captured the elusive dollars in his own studio at Long Beach. Eight months ago he returned to Australia. While in California he visited most of the leading studios, and says that he was greatly impressed with the  size and modern equipment of the Goldwyn Studios at Culver City, where Metro-Goldwyn productions are now being made.

On his return he became associated with Arthur Rickard and Co., as advertising manager, vacating that post to embrace the opportunity offered by an association with Metro-Goldwyn. 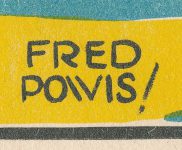