The Taming of The Shrew, directed by Franco Zeffirelli, was the fifth of eleven movies in which Dame Elizabeth Taylor and Richard Burton starred together. It was also Elizabeth Taylor’s first opportunity to perform Shakespeare. The two stars co produced the movie and it was a huge box office success. The film was released in 1967 and censorship in Australia changed to a new format in 1971. As the daybill on the left has a “G” rating it was clearly printed for a re release sometime during the 1970s. The hand litho daybill with the “For General Exhibition” on the right is from the original release. 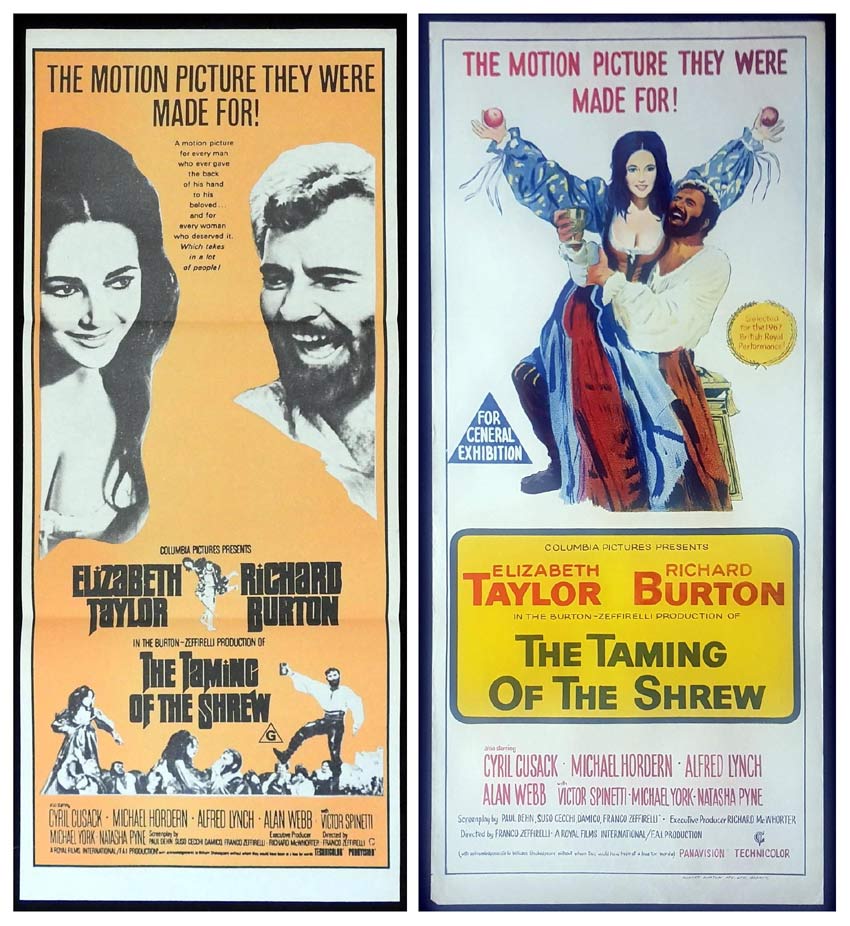