One of the most sought after posters for Alfred Hitchcock collectors is The Lady Vanishes. Sadly original movie posters in any format are very rare. The Australian daybill is no exception with only a couple appearing. A 1950s reissue which features a smiling Margaret Lockwood turns up from time to time and has occasionally been misrepresented as original. Original daybill movie posters for films made prior to 1941 nearly always appeared in the 15" x 40" format which makes it easy to identify the poster on the left as the original release.

The third poster pictured is a 1970s release with the NRC rating. 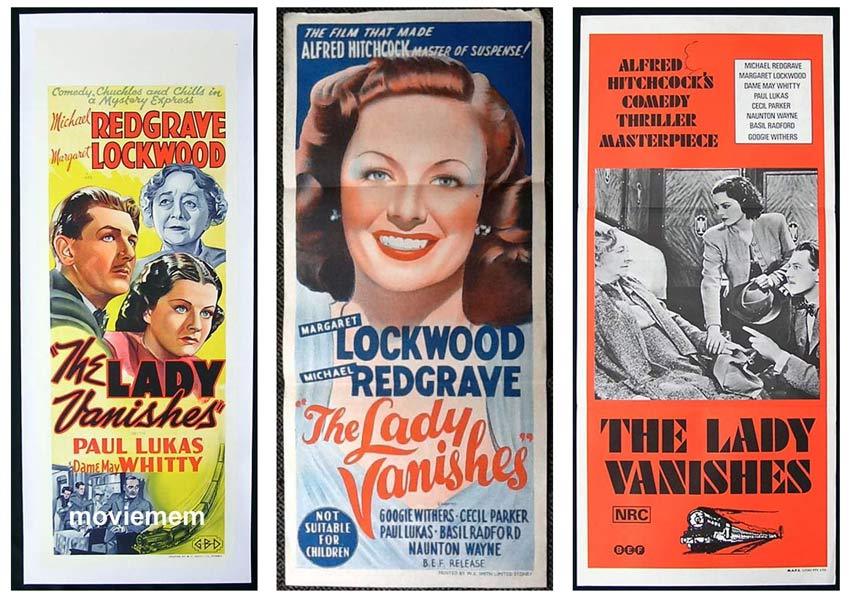 While travelling in continental Europe, a rich young playgirl realizes that an elderly lady seems to have disappeared from the train.