Two slightly different styles of the Australian daybill for The Godfather were printed – an orange/yellow version and a red version. Original Daybills often had colour variants so it is not unusual at all to see the two different colours on The Godfather. The text on both daybills is virtually identical and there is no information in press sheets that would indicate that one came before the other. The only difference is in the printers details at the bottom of the two posters. The red version is clearly first release using the similar red colour to the original British posters and the text reads Robert Burton Printers Pty Ltd Sydney. This text was used on all Burton daybills prior to early 1976. The Orange/Yellow style Godfather daybill has the text Robert Burton Printers which indicates that is was most likely printed in late 1976.  This means that the most likely origin of the two posters is that the Red Style is the true first  Australian release and the Orange style was a second printing possibly due to the red versions running out. Interestingly, the orange/yellow version is the rarer of the two. 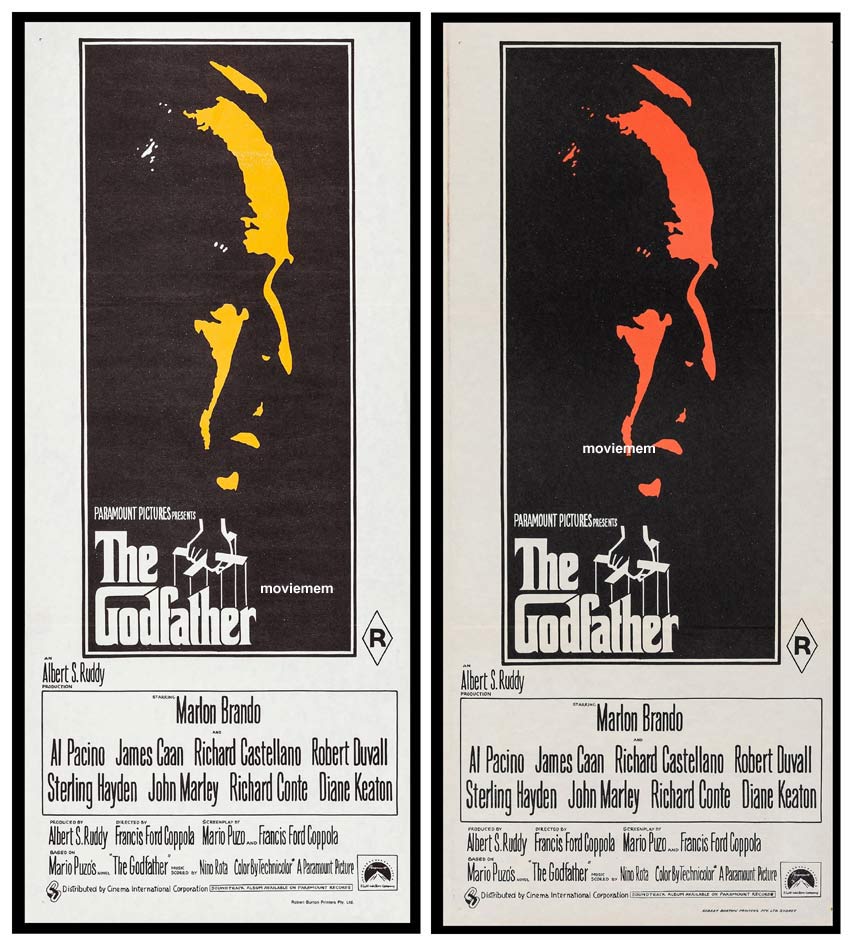