Collectors have often assumed that Australian re release daybills or one sheets would never be full colour. In reality, nothing could be further than the truth. There are many examples of full colour and very striking daybills and one sheets that were actually printed for the re release of a film and this often causes confusion amongst collectors.

The Brave One was released in 1957 and distributed through RKO. The original daybill was printed by Simmons and displays the RKO logo. The film had very moderate success but when RKO went out of business in the late 1950s the film was re released in Australia in 1964 and a full colour daybill was printed by Robert Burton. The artwork is very similar to the original but the reissue poster is very rare.

The original is pictured on the left …… 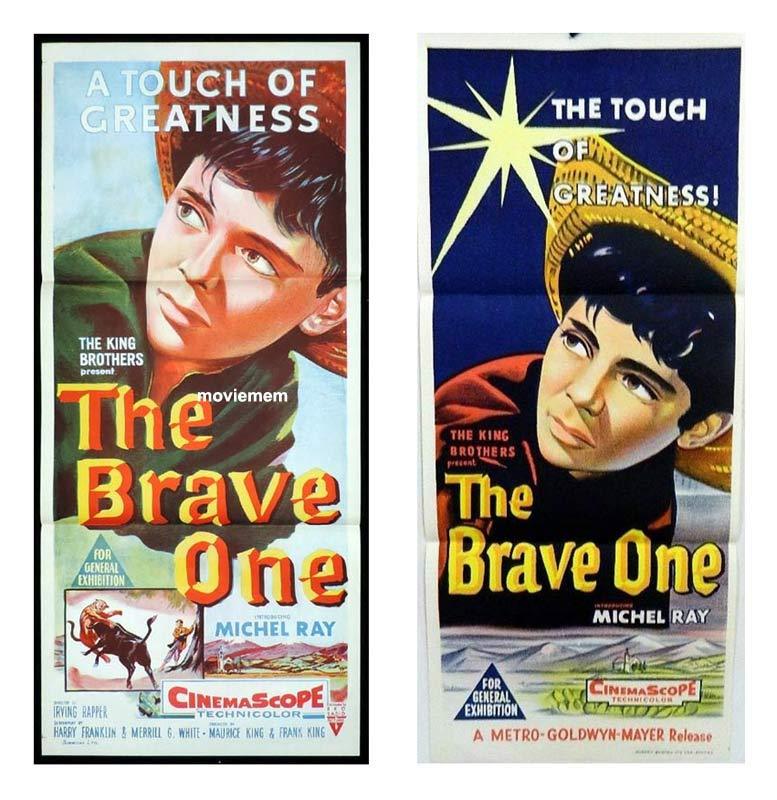