Two different daybills were printed for the original release of The Alamo. At first glance they look almost identical but when you look closely, you can see subtle differences in the artwork. The censor details are also on different sides of the two daybills.

Some of the clues to dating Australian daybills include printers details, censorship ratings and even Studio logos which changed over the years. In the case of the two Alamo daybills, there is nothing to prove that one came before the other although there is a possiblity that one of the daybills could be a second printing which would have been requested due to the films popularity. 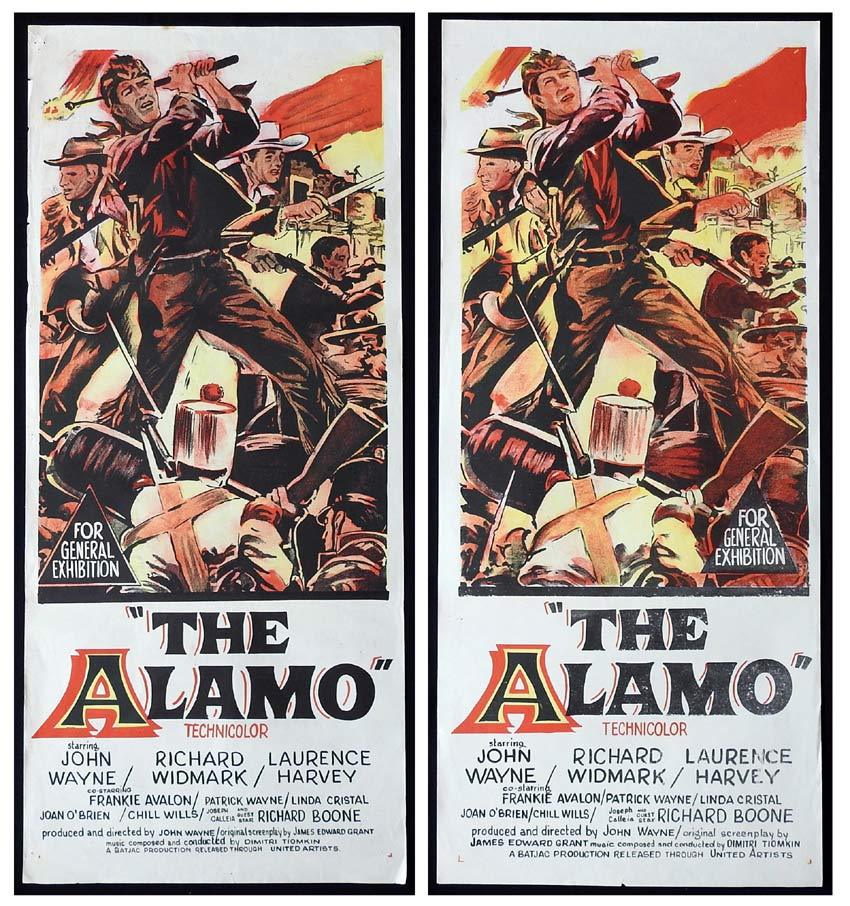 In 1836, a small band of soldiers sacrifice their lives in hopeless combat against a massive army in order to prevent a tyrant from smashing the new Republic of Texas.