THE ABSENT MINDED PROFESSOR was released in 1961 so the easiest way to tell which of the two daybills is original is to check the censor details. The poster on the left carries the “For General Exhibition” rating which was used for films prior to 1971 in Australia. The MAPS printed daybil on the right carries a “G”rating which was used post 1971 which clearly points to it being a re release – probably 1970s.

The reissue daybill often appears on eBay mistakenly described as original (eg ebay item number 202681697560). Note that eBay removes the listings after a couple of months so buyers cannot go back and verify how the poster was described.

Despite being a reissue, this is an example of where the artwork for the daybill on the right is superior to the original daybill. 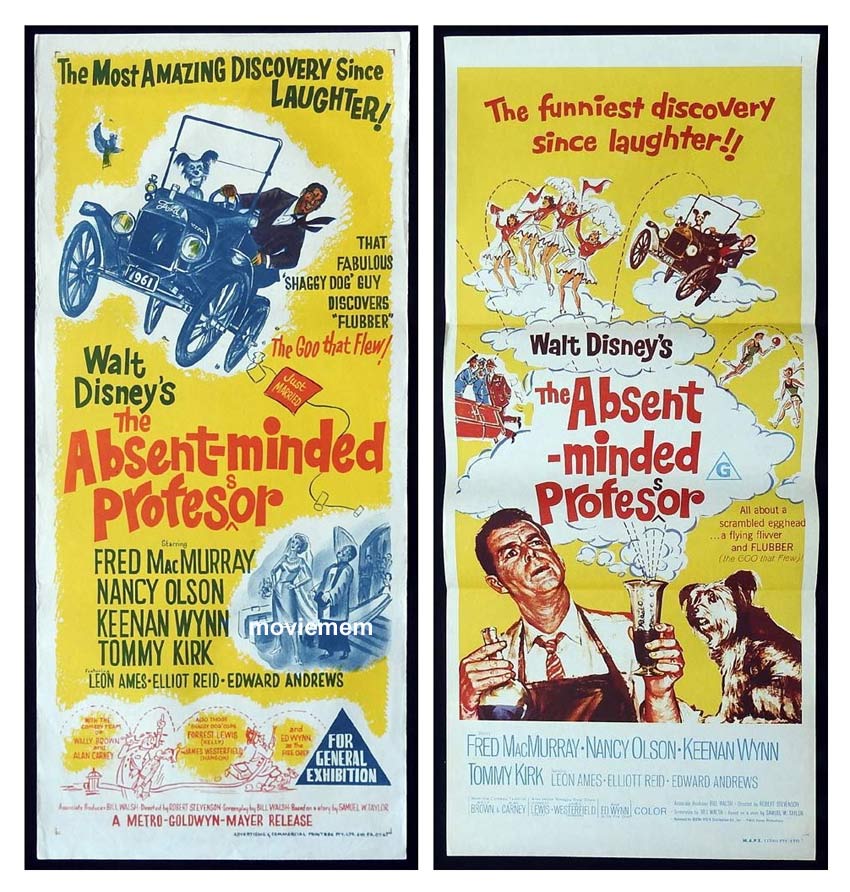