Shane, starring Alan Ladd is one of the classic Westerns. The movie was filmed in 1951 but not actually released until 1953 after some tweaking and editing. The original daybill movie poster, picutred on the left, was printed by W.E.Smith with art by The Richardson Studio.

Another Richardson Studio daybill, pictured on the right and also printed by W.E.Smith was printed for an early re release which must have occurred no later than the mid 50s. Fortunately the printers and distributors made it easy for collectors to identify this as a reissue with the notation at the bottom of the poster "a Paramount Re Release". Over the years there have also been a number of duotone and one colour daybills printed for various re releases. 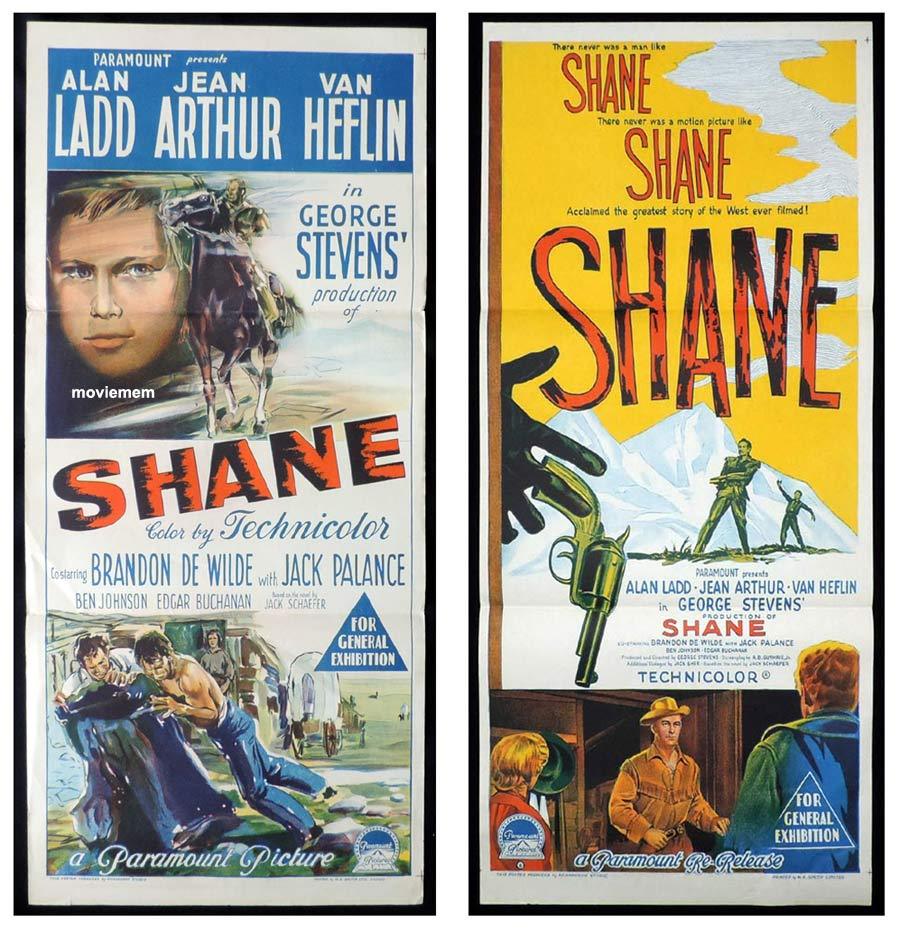 A weary gunfighter attempts to settle down with a homestead family, but a smoldering settler/rancher conflict forces him to act.