Saturday Night Fever was first released in 1977/8 with an “R” rating in Australia due to some language that was regarded as offensive and some risque scenes. . Paramount purchased the soundtrack and was keen to attract a wider audience to the film so they edited six minutes out of the original film, giving it a PG rating. The M Rated version was released in 1979 and can be considered to be a re release or reissue. The original “R” rated daybill is pictured on the right and the 1979 re release “Catch the New M Rated” version is on the left. 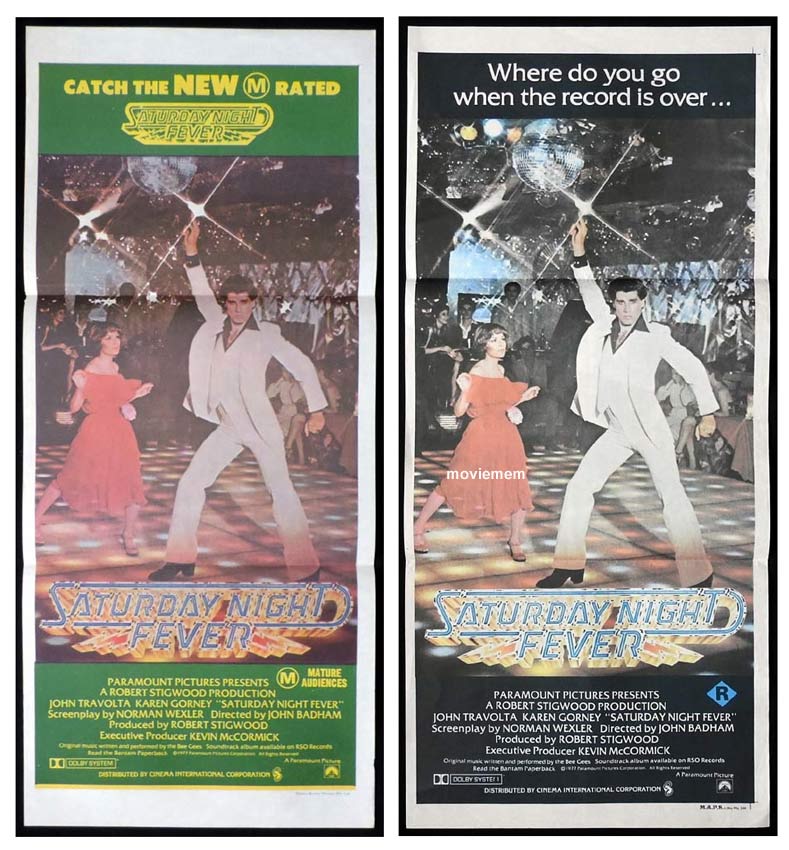 Anxious about his future after high school, a 19-year-old Italian-American from Brooklyn tries to escape the harsh reality of his bleak family life by dominating the dance floor at the local disco.