At first glance, these two Rhapsody daybills look almost identical but one is original and the other a circa 1960 reissue. If you look closely you can see slight differences in the artwork and lettering and it is likely that the reissue was copied directly from the original. The clue is in the printers names at the bottom of the poster. The film was released in 1954 and the original was printed by W.E.Smith. The re issue was printed by Advertising and Commercial who printed for MGM for a few years around 1960.

It just goes to show how easy it can be for someone to assume a poster is original when it is actually a reissue. 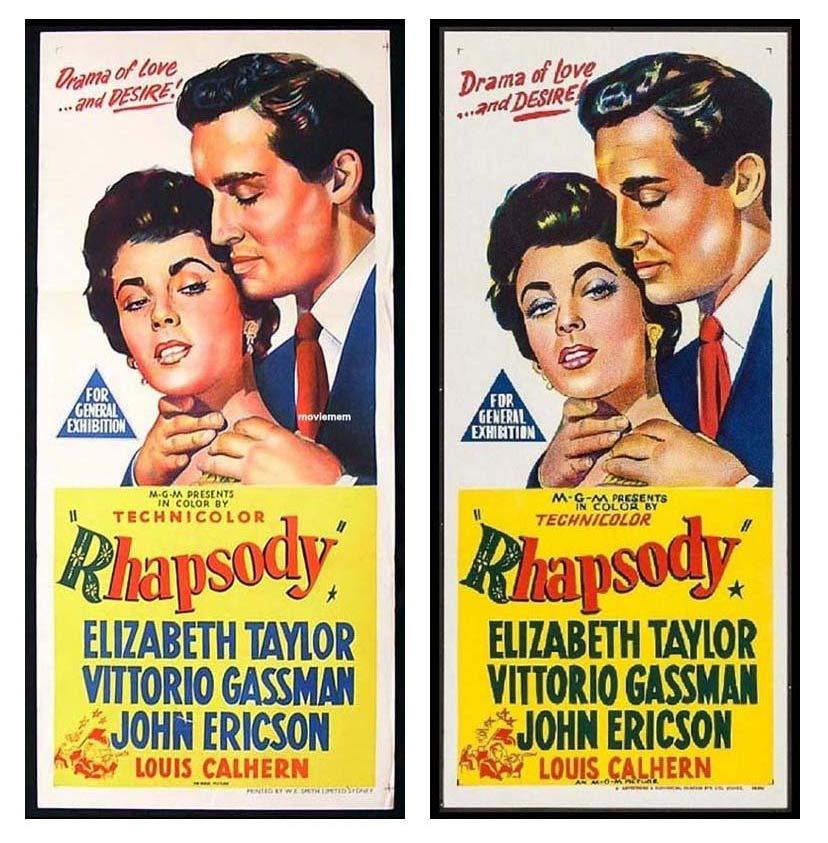 A rich, young beauty, Louise Durant, follows the man she loves and hopes to marry to Zurich where he studies violin at the conservatory.