At first glane, it would be reasonable to assume that the full colour daybill on the right would be the original first release and the daybill on the left a later printing. However, as with many Australian daybills, it is not quite as easy you would think to determine. There have been occasions when reissue daybills have superior artwork to the originals. Examples include The Outlaw, North By Northwest and Butterfield 8 to name just a few.

If you look closely at the daybill on the left, there is a printing error in the credits at the bottom of the poster on the left. It says "Directed by Mervyn LeRoy Directed By". It is possible that this error was made with the first printing by Chromo Print and corrected with a full colour second print run with no printers details. It is also possible that the full colour version was an even later printing.

It is likely that the daybill on the left is the true first release. Posters for this title are never going to be worth a great deal so the question of which came first is only of academic interest to collectors and will be unlikely to affect the value. We would have been none the wiser if the rare Chromo printed daybill hadnt turned up recently. It does show that you cant always be make assumptions about Australian daybills. 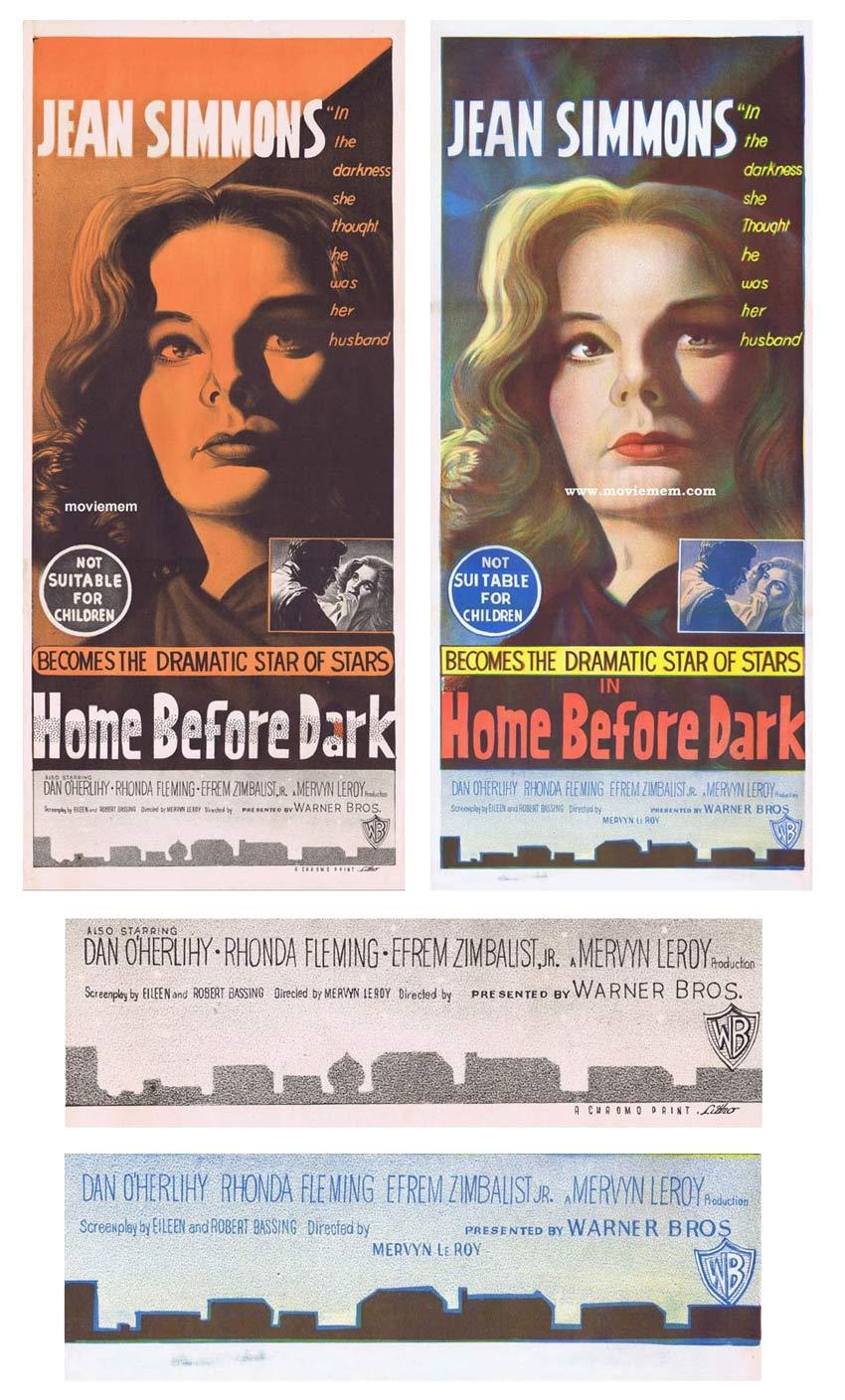 Simmons is magnetic as Charlotte, her lovely, delicate face reflecting the inner turmoil of a woman battling for sanity after she walks out of a mental institution.