These two daybills for the Bikie movie Chrome and Hot Leather are both very rare so when the one colour version turns up for sale it has been thought to be the original release, bearing in mind that the movie had fairly limited release. When you see the two together, the daybill on the left is clearly original with MAPS printers details while the daybil on the right is basically a copy of the original with no printers details. It is very difficult to determine when the daybill on the right would have been issued and it could be described as either a second printing or a re release. It can be safely described as a 70s release. 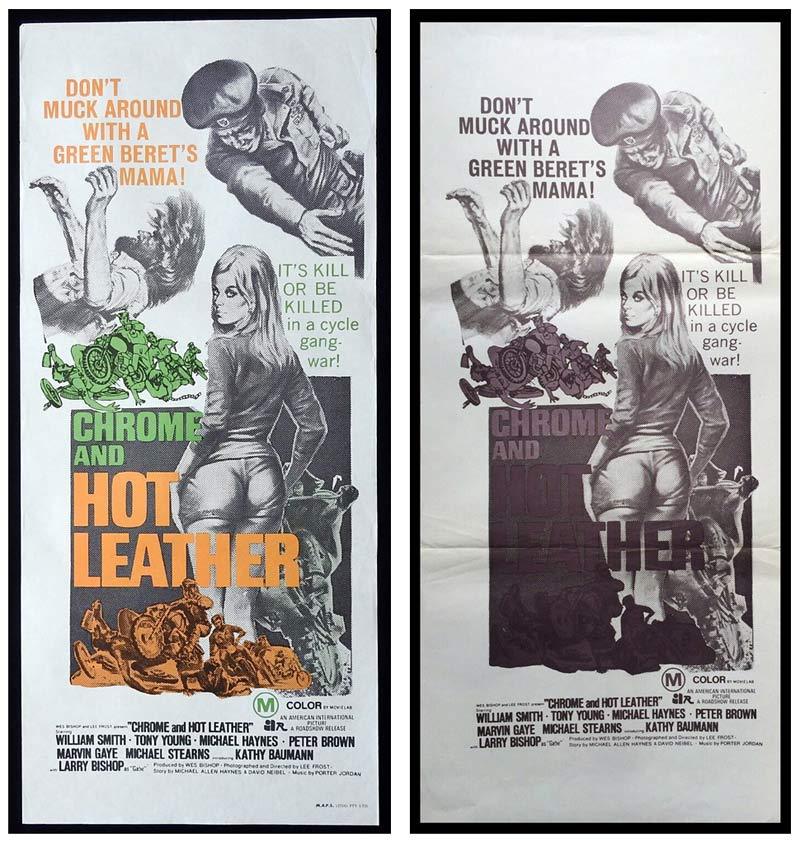 A Green Beret returns home from the Vietnam war to find that a gang of murderous bikers has killed his fiancee. He calls on several of his Green Beret buddies to come and help him take revenge on the gang.