Casablanca is one of the most sought after titles for Movie Poster collectors. The Australian posters are very impressive and the original Marchant printed daybill on the left features a wonderful image of Humphrey Bogart and Ingrid Bergman along with inset pictures of the other stars, Peter Lorre, Claude Rains and Sydney Greenstreet. The F.Cunnighame daybill on the right was printed after the Academy Awards in the 40s to cash in on the huge popularity of the film. Corresponding one sheets were also printed. 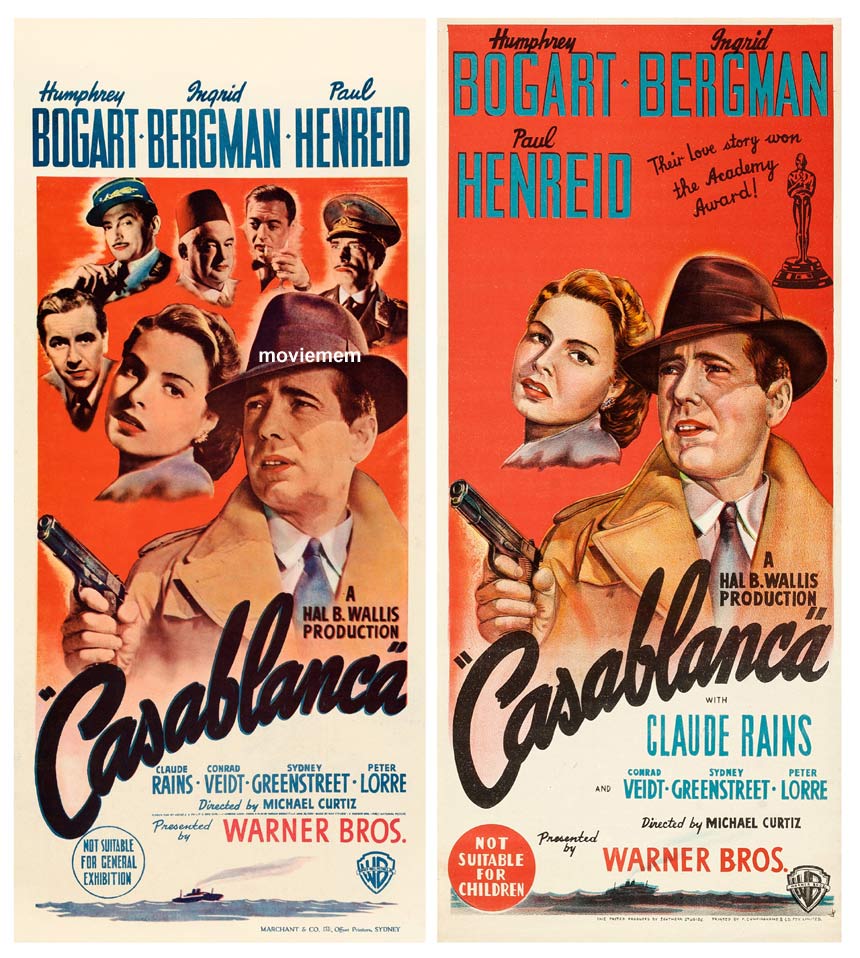 A cynical American expatriate struggles to decide whether or not he should help his former lover and her fugitive husband escape French Morocco.