In 1981, MGM merged with United Artists. They still had their own international distribution arm. The new company was reorganised to become United International Pictures. This indicates that the Robert Burton printed Carrie daybill was probably printed around or soon after 1981 to coincide with the change of distribution details. 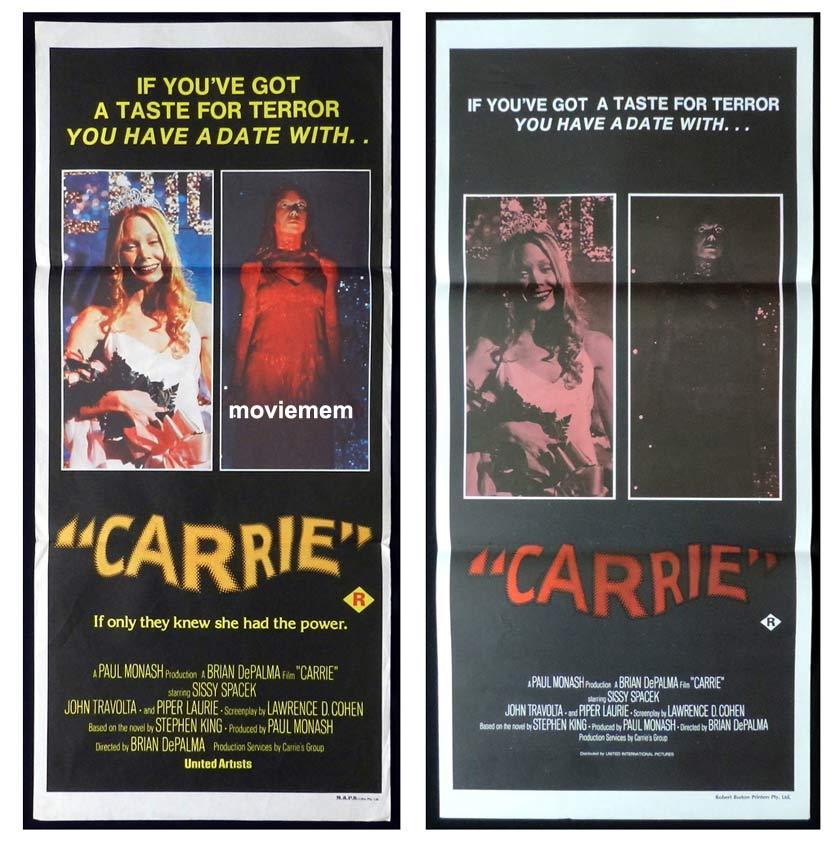 Carrie White, a shy, friendless teenage girl who is sheltered by her domineering, religious mother, unleashes her telekinetic powers after being humiliated by her classmates at her senior prom.