Original Daybills for Bullitt are amongst the most sought after of all daybill movie posters from the 1960s but there has always been some confusion about the chronology of the pink and the orange styles. The artwork on the two daybills is pretty much identical and the “Not Suitable for Children” censorship logo indicates that they were both printed prior to 1971. However, there is one clue which proves that the Orange Style is the first release. Warner Brothers Seven Arts were active from 1967 – 1969. 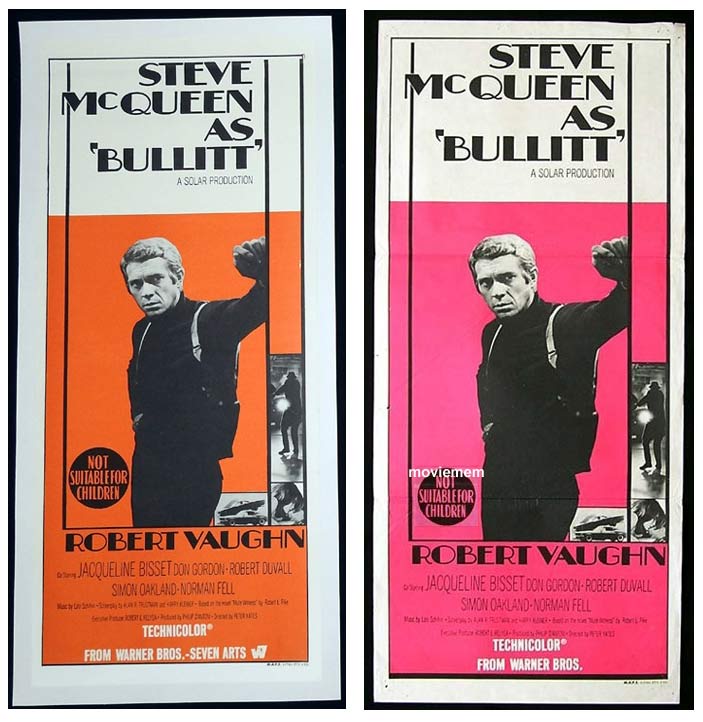