BEDKNOBS AND BROOMSTICKS Australian movie posters have been difficult to date for some sellers and collectors. The film was released in 1971 and the "G" censor detail on both daybills is correct for the era. The daybill picutred on the left is a reissue for the 1979 release of the movie and the clue to dating the poster is in the distibutors details. 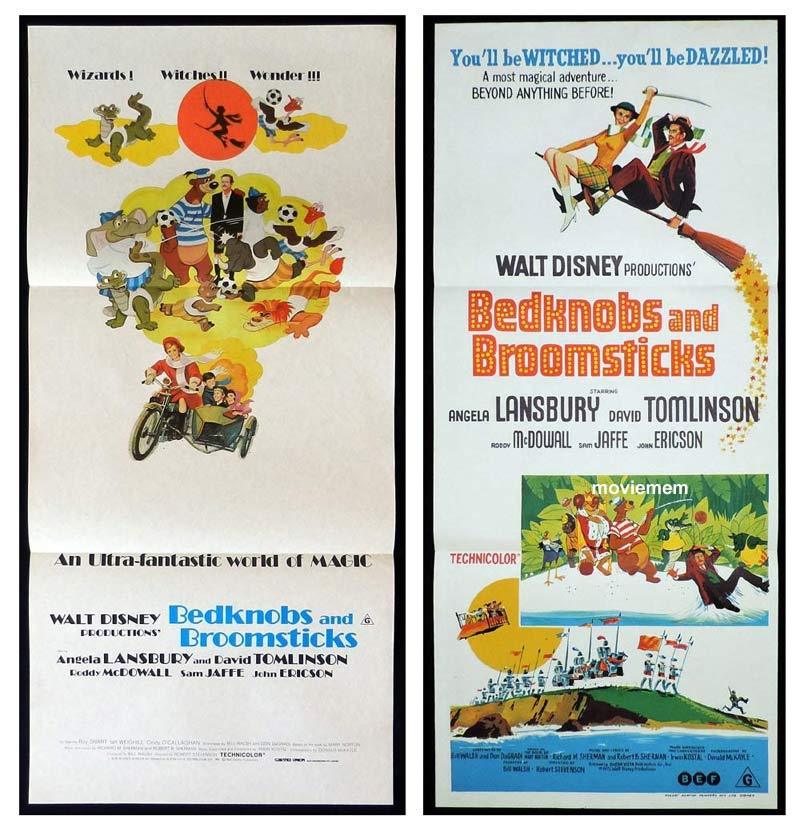