A two colour daybill for Three Days of the Condor has appeared fairly regularly over the years and has been commonly thought to be the original first release Australian daybill.

Censor details on both posters don't help identify a date as both show the "M" rating which was correct for the period of release. In both cases, the distributor is listed as Roadshow. Note that the daybill on the left has no printers details.

The fact that one daybill might be more impressive than the other doesnt always mean that the more colorful version came first.

If you were looking to add an original daybill for 3 Days of the Condor to your collection, which one would you prefer? 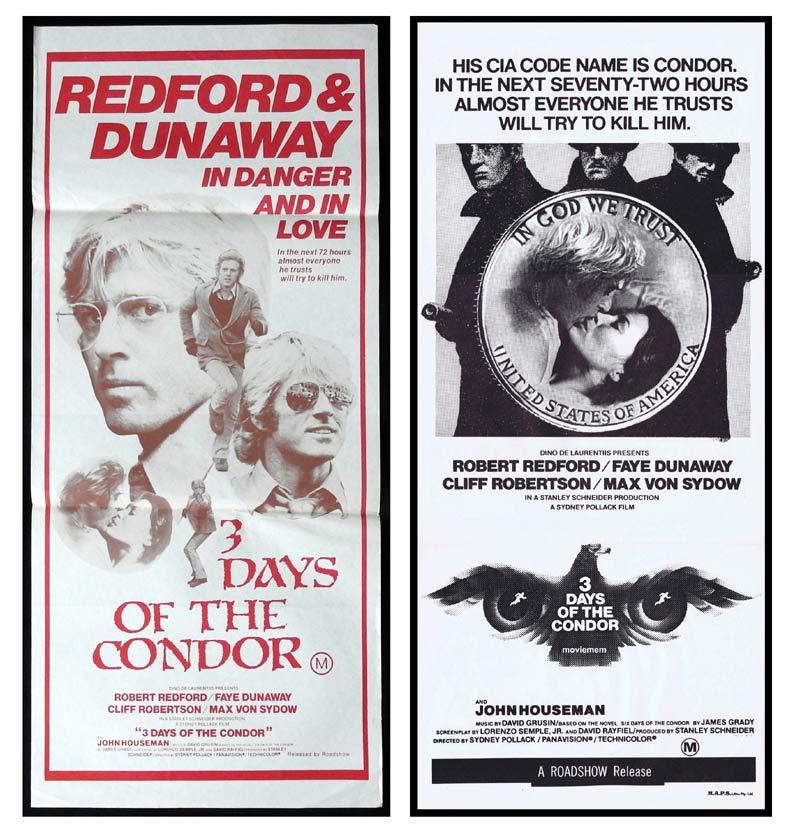 Three Days of the Condor (1975)
Writers: James Grady (novel), Lorenzo Semple Jr. (screenplay)
Stars: Robert Redford, Faye Dunaway, Cliff Robertson
Director: Sydney Pollack
A bookish CIA researcher finds all his co-workers dead, and must outwit those responsible until he figures out who he can really trust.